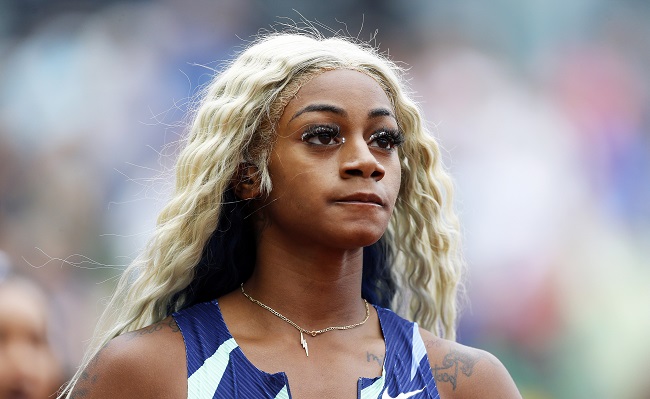 If she had to choose, Sha’Carri Richardson would rather let her speed speak for itself. On Saturday at the Prefontaine Classic, the sprinter who failed a drug test.

And was therefore barred from competing in the Tokyo Olympics, will make her competitive return.

At the same Hayward Field where Richardson won the 100-meter dash at the US Olympic track and field trials in June.

Making her a national sensation with her long, colourful nails and huge personality, the Diamond League competition will take place.

Richardson failed a drug test shortly after the trials, and she was stripped of her victory. Despite the fact that her 30-day sentence would have been up by the time of the 4×100 relay race.

She was suspended and so unable to compete in Tokyo. After her suspension, the 21-year-old explained her actions in an interview with “Today.”

Richardson was given a provisional ban on June 28, and on July 1 it was revealed that he had accepted the suspension “for an anti-doping rule breach for testing positive for a substance of abuse.”

Richardson submitted a sample at the Trials on June 19 and it tested positive for THC, a substance common in marijuana.

World Anti-Doping Agency (WADA) regulations label THC as an abuse substance, making its usage in competition illegal but permitting it outside of competition.

Despite the fact that Richardson used the drug in a non-competition setting, she tested positive for it during competition.

And was thus punished in accordance with USADA rules that state, “If an athlete tests positive for a substance of abuse during an in-competition test, the athlete shall be disqualified from the event.”

Sha’Carri Richardson, who was suspended and therefore unable to compete in the Olympics, will get the chance to compete against three Olympians from Tokyo next week.

In the next Prefontaine Classic in Eugene, Oregon, the American sprinter will face up against the likes of Jamaican superstars Elaine Thompson-Herah.

Shelly-Ann Fraser-Pryce, and Shericka Jackson, as reported by Rachel Bachman of the Wall Street Journal.

Richardson was regarded as a potential gold medal winner in the women’s 100-meter dash at the Tokyo Olympics.

She first earned a spot on the Olympic team after clocking in at 10.86 seconds to win the United States Olympic Team Trial.

On July 2, the U.S. Anti-Doping Agency said that Richardson had agreed to a 30-day penalty after a drug test taken during the trials had tested positive for marijuana.

On Saturday at the Prefontaine Classic, the sprinter who failed a drug test and was therefore barred from competing in the Tokyo Olympics, will make her competitive return.

Richardson’s victory in the 100-meter dash at the US Olympic track and field trials in June made her a national phenomenon.

And the Diamond League meet is being held at the same site, Hayward Field, where she made her name.