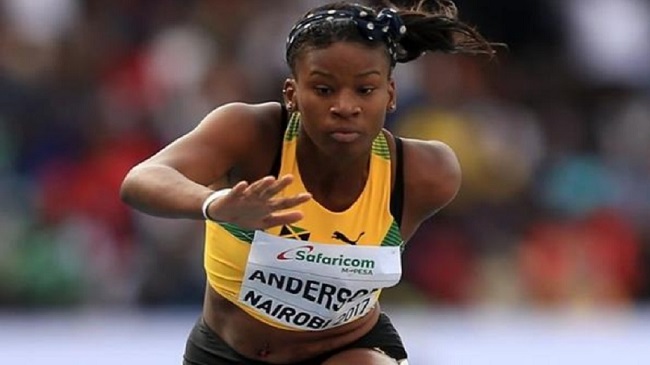 The Jamaican athlete B. Andersen was born on January 3, 2001. Silver medalist at the 2018 Global Athletics U20 Championships.

And 2017 world under-18 champion Ryan Anderson set two world under-20 records in the same competition, both breaking Aliuska Lopez of Cuba’s mark of 12.84 set in Zagreb on 16 July 1987.

Dated this 11th day of September, 2019, this document is final. As one of five candidates for the IAAF’s 2019 Female Rising Star Award, she made it to the final round of competition.

B. Andersen competed in the 100-meter hurdles final at the 2021 Tokyo Olympics, and she was in lane seven. My time of 12.40 was a personal best and second quickest among those who qualified for the final, behind only Jasmine Camacho-Olympic Quinn’s record-setting mark of 12.26 from the semi-finals.

The 20-year-old Jamaican had hoped to win a medal, but it was not to be. She landed on the sixth obstacle. Jumped over the seventh, and was on her way to being the first woman from the Caribbean to win an Olympic medal in the event when she faltered and fell.

While Camacho-Quinn made history by becoming the first Puerto Rican woman to win an Olympic gold medal, that distinction went to her countrywoman. Megan Tapper, who placed third, behind world record holder Kendra Harrison of the United States, who won silver, and Camacho-Quinn, who won gold.

In an interview with Sportsmax.TV, B. Andersen discussed how running her personal best in the semi-final affected her in a way she hadn’t anticipated. She also discussed how her training group and faith in God had helped her successfully transition to senior competition.