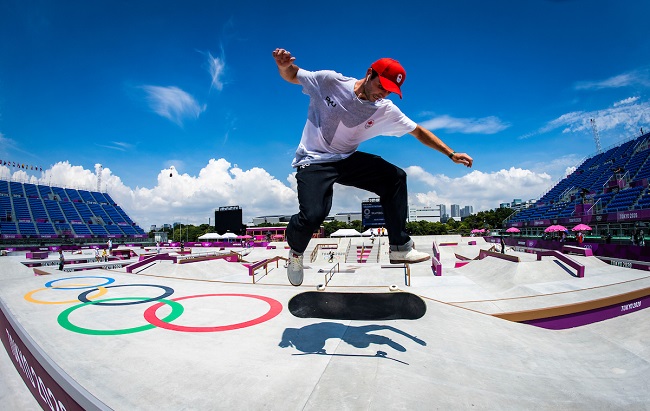 Although Matt Berger wasn’t born and raised in a particularly fertile area for skateboarding, that hasn’t stopped him from pursuing his passion.

Berger won one of the greatest amateur events, the Phoenix Am, in 2014, after seven years of competing as an amateur throughout the world and reinvesting every dollar he earned back into skateboarding.

Thanks to this, he was able to enter the Street League Skateboarding (SLS) Pro Open in Los Angeles, where he was the sole amateur out of a field of more than 20 professional skaters.

After placing eighth, he was the highest-placed non-SLS pro and was invited to join the SLS Tour.

Which completely altered the course of his professional life. He made history by becoming the first non-professional to play on the regular SLS Tour.

Berger Had to Undergo Knee Surgery

Berger missed all of 2016 due to knee surgery he needed at the end of 2015. In 2017, upon his return, he achieved his best finish at an SLS Tour tournament.

A fifth-place showing at the Pro Open, and he also placed second at the Copenhagen Open. He was also a participant in the X Games, held in Minneapolis.

Unfortunately, his season was cut short when he underwent a second knee surgery—this time, a cartilage and bone cadaver implant procedure—which necessitated ten months of rehabilitation.

Later in 2018, Berger came back to Rio to compete in the SLS World Championships. Back on the SLS Tour at the London Open in 2019.

His comeback was anticipated with great anticipation. He battled through qualifying to make the main draw, where he ultimately placed sixth.

Berger of Kamloops Struggles in Olympics Debut, Thanks Fans for Support

On the first day of the rescheduled 2020 Summer Olympics in Tokyo, Matt Berger struggled to find his rhythm.

The 27-year-old Kamloops native scored a 4.02 out of a possible 5.00 in the qualifying round for the men’s street skateboarding discipline, putting him dead last (20th).

After the show, Berger, who has received a lot of love on social media, thanked his supporters.

Berger posted on Instagram, “Never would I have believed yesterday would go the way it did and I apologise to the ones I may have disappointed.”

Yesterday was one of those days where a lot of things went wrong, and that’s the way life is sometimes.

A month ago in Rome, he competed in the Street World Championships and took a nasty fall, but with the help of his fans he fought back and made it all the way to the finals, ensuring his spot in the Olympics.

It was Berger, White Rock’s Andy Anderson, and Vancouver’s Micky Papa who made up Canada’s first Olympic skateboarding squad in 2020.

On Saturday, Papa qualified for the final round, however he finished in tenth position. Berger currently holds the 10th spot.

In the Olympic World Skateboarding rankings for the street discipline, making him the top-ranked Canadian skateboarder.