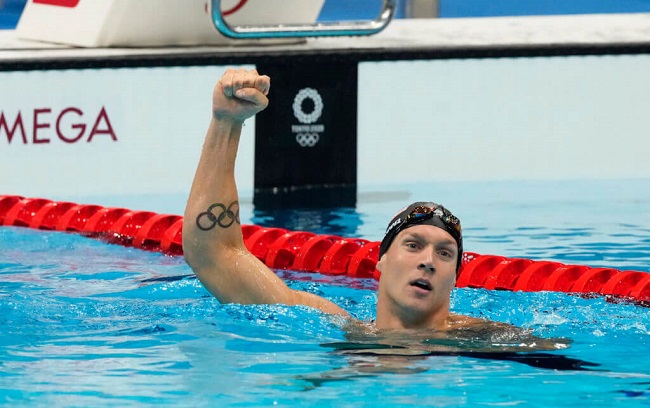 Tonight, Luis Martinez became the first athlete from the Central American country of Guatemala to compete in an Olympic swimming final.

The 25-year-old Martinez swam a semi-final time of 51.30 in the 100 fly yesterday, placing eighth and thus qualifying for today’s A-final.

Martinez placed 7th with a timing of 51.09 in a field that included butterfly world record holders Caeleb Dressel and Kristof Milak. Martinez’s qualifying time of 51.29 seconds in Guatemala was smashed by that time.

That time bested Martinez’s previous record of 51.44, achieved at the 2019 Pan American Games, when he placed second and won silver.

Martinez, as we noted before, made history tonight by being the first Guatemalan swimmer to compete in an Olympic final.

Furthermore, it appears that this is the first time a swimmer from Guatemala has advanced past the preliminary rounds.

A handful of Guatemalan swimmers had won their preliminary heats in the over 80 Olympic splashes since 1952, but none had advanced to the semi- or final rounds.

A young Luis Martinez had to establish his footing in a foreign land seven summers ago. With the goal of pursuing his education and swimming career, he came to the United States from Guatemala in 2013.

By the following year, he had worked his way into a position at Missouri S&T. He had heard his coaches in the States talk about excellent programmes.

One of which could have been called Auburn, but the Division II Miners seemed like a nice location to learn the ropes while he waited.

In the Tokyo Olympics’ gender-neutral area, Martinez told the tale.

Martinez is a 26-year-old veteran of the international swimming ranks rather than a bright-eyed 19-year-old.

And if the youngster from 2014 who made the journey to Rolla, Missouri could see himself now, panting heavily after the exertion of an Olympic final, he might not believe it.

In the 100-meter butterfly event at the Olympic Swimming Championships in Tokyo in 2020, Martinez made history by becoming the first swimmer from Guatemala to go to the finals.

He ran the race in 51 seconds and nine tenths, which is a national record for Guatemala. In preliminary competition in Tokyo.