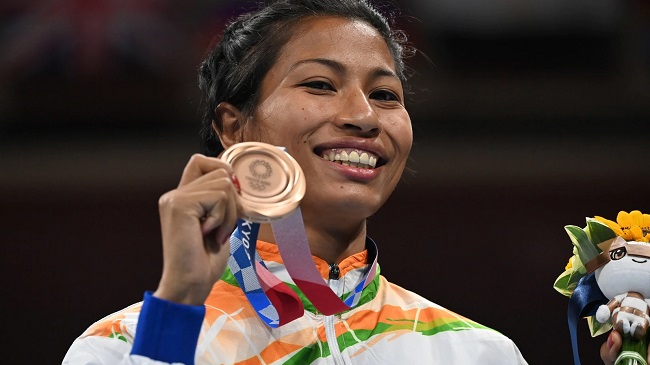 The Indian boxer L. Borgohain was born on October 2, 1997. Just the third Indian boxer ever to earn an Olympic medal, she took bronze in the women’s welterweight division in 2020.

During the 2018 and 2019 AIBA Women’s World Boxing Championships, she took home the bronze medal in both years. L. Borgohain is only the second boxer from Assam, but she is the first female athlete to do so.

The year after that, in 2020, she was the sixth person born in Assam to win the Arjuna Award. A native of the Golaghat area of Assam, L. Borgohain entered the world on October 2, 1997. Tiken and Mamoni Borgohain are her parents.

Her father, Tiken, is a struggling little businessman who did everything he could to encourage his daughter’s drive. L. Borgohain youngest of three sisters, is a former Muay Thai fighter who got interested in the sport after watching her twin sisters, Licha and Lima, start training in kickboxing.

L. Borgohain tried out for the national team during a competition at her high school, Barpathar Girls High School, organised by the Sports Authority of India. Starting in 2012, she worked with legendary coach Padum Chandra Bodo at the SAI STC in Guwahati to master.

The fundamentals of boxing and become a national champion. Her further training was overseen by Sandhya Gurung. After fellow Indian boxers Vijender Singh and Mary Kom, L. Borgohain has added another Olympic gold to the country’s collection.

Until L. Borgohain came up, all anyone could talk about when it came to women’s boxing in India was the renowned MC Mary Kom. L. Borgohain originally from the little village of Baromukhia in the Golaghat region of Assam, has worked her way up to the top, even going so far as to try to copy some of Mary Kom’s achievements.

L. Borgohain a slim woman, won a bronze medal in the women’s 69-kilogram division at the Tokyo 2020 Olympics. Making her the third Indian boxer to win an Olympic medal, following Vijender Singh (bronze at Beijing 2008) and Mary Kom (bronze at London 2012).

After a devastating 0-5 loss against defending world champion Busenaz Surmeli on Wednesday, Indian boxer L. Borgohain (69kg) signed out with a bronze medal in her first Olympic Games.