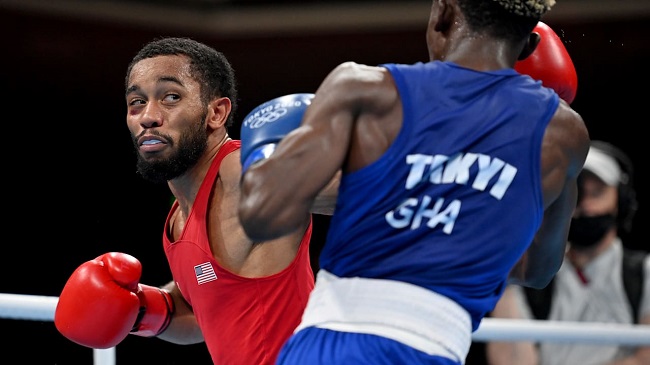 Gold medals at the 2018 European Union Championships and 2019 European Games, silver at the 2018 Commonwealth Games.

And bronze at the 2017 European Championships are among his many achievements.

No matter which arm is raised at the end of an Olympic boxing match, there is bound to be an outpouring of emotion.

Kurt Walker’s featherweight quarterfinal loss to American opponent Duke Ragan cost him the bronze medal he was assured of winning.

Billy Walsh, an ex-Irish boxing coach who had previously nurtured Walker in the Olympic arena, oversaw that American victory.

After Walsh, the man in charge of Irish boxing during its heyday in the Beijing and London Olympics.

Left for US boxing, citing a lack of support from the Irish boxing federation, days like today were inevitable.

In the fall of 2015, just before the Rio Olympics, Walsh left the Irish set up, prompting criticism from Sport Ireland directed at the Irish boxing federation for letting him go.

Ragan had spent much of the previous year competing at the professional level, which was permitted by the new Olympic rules implemented before Rio.

Walsh also persuaded him to return to the amateur ranks in time for the Tokyo Games.

Following the Tokyo Olympics, Irish Olympian Kurt Walker signed a professional boxing contract with Top Rank Boxing, where he will be trained by Michael Conlan.

Walker, who is now 26 years old, competed for Ireland in the Tokyo Olympics but was eliminated in the round of eight.

He picked himself up and is now embarking on a new phase of his career by signing a pro deal with Top Rank Boxing.

World featherweight champion Miriazizbek Mirzakhalilov of Uzbekistan was defeated by KURT Walker in a shocking upset in the round of 16 at the Tokyo Olympics.