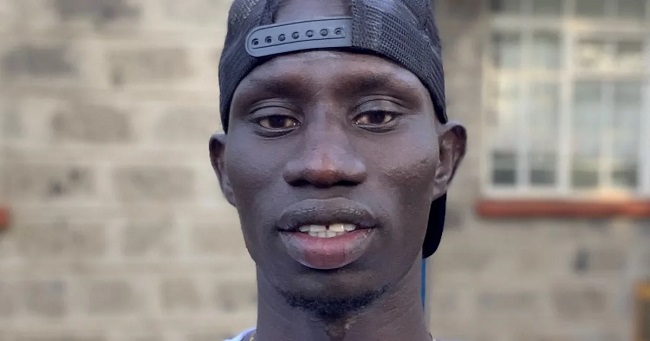 The International Olympic Committee (IOC) picked him to be a part of the Refugee Olympic Team (ROT) at the 2016 Summer Games.

Chiengjiek is From South Sudan

Chiengjiek was born and raised in the South Sudanese city of Bentiu. His military father was murdered in the Second Sudanese Civil War in 1999.

To avoid being kidnapped and used as a child soldier by rebels, Chiengjiek fled South Sudan and ended up in Kenya as a refugee when he was just 13 years old.

He arrived in Kakuma Refugee Camp in 2002. In December 2014, he was formally classified as a refugee by the United Nations High Commissioner for Refugees (UNHCR).

James Nyang Chiengjiek, an Olympian in track and field from Rio 2016, hopes to qualify for the IOC Refugee Olympic Team and compete in the Tokyo 2020 Olympics.

Nyang Chiengjiek grew up in South Sudan before he and his family fled the country during the Sudanese Civil War, which claimed the life of his father in 1999.

In 2013, he began training with the Tegla Loroupe Peace Foundation, after first receiving sponsorship from the UN High Commissioner for Refugees.

That earned him a spot on the first-ever Refugee Olympic Team Rio 2016, where he competed in the 400-meter dash and placed eighth overall in his heat with a time of 52.89 seconds.

As a young boy in South Sudan, Nyang Chiengjiek cared for cattle before he left to avoid being conscripted as a child soldier.

As soon as he arrived at the Kakuma Refugee Camp in Kenya, he enrolled in school and began running, joining a group of older guys who were preparing for long-distance competitions.

2016: “That’s when I realised I could make it as a runner – and if God gives you a talent, you have to exploit it,” Nyang Chiengjiek told the UNHCR.

While still a student in Kenya, he took up running, joining a group of older kids from a village in the highlands famous for its long-distance runners. A lack of shoes meant he was regularly hurt while training.