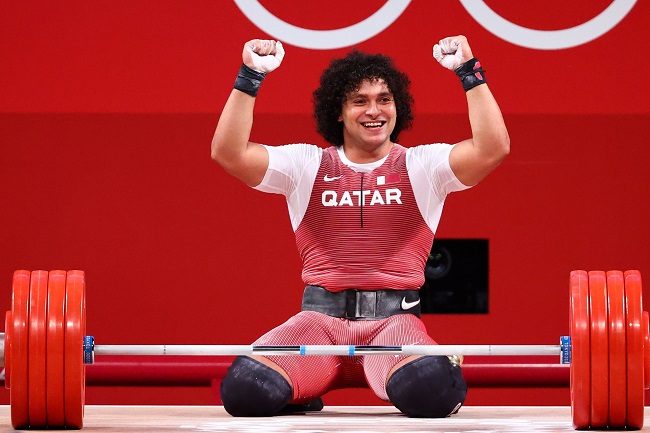 F. El-Bakh Born Was on June 4, 1998, is a Qatari weightlifter. Olympic champion, and two-time Junior World champion in the 85 kg and 94 kg categories, respectively, before the 2018 reorganisation of weight categories by the International Weightlifting Federation.

Ibrahim Hassouna Sr. competed for Egypt in the Olympics three times in a row, from 1984 to 1992.

On the men’s 85 kg list, he finished eighth at the 2016 Summer Olympics, but after Gabriel Sîncrăian, the original bronze medallist, failed a drug test in October, his rank was moved up to seventh.

He participated in the 96-kilogram division at the Tokyo Olympics of 2020. His 177-kilogram snatch lift put him in fourth position, while the gap between first and fifth place was only 2 kilogrammes.

For the men’s 96-kilogram weight class, F. El-Bakh of Qatar won gold and set a new Olympic record on Saturday. In the 387-pound division, Anton Pliesnoi of Georgia won bronze and Keydomar Giovanni Vallenilla Sanchez of Venezuela came in second.

After lifting 177 kilogrammes in the snatch, F. El-Bakh moved on to the clean and jerk, where he broke the Olympic record by lifting 225 kg. It was one of the two records he set at the Olympic Games, the other being a combined score of 402 kg that nobody else could beat.

As you can see, F. El-Bakh failed in his bid to break the clean and jerk world record by 232 kilogrammes.