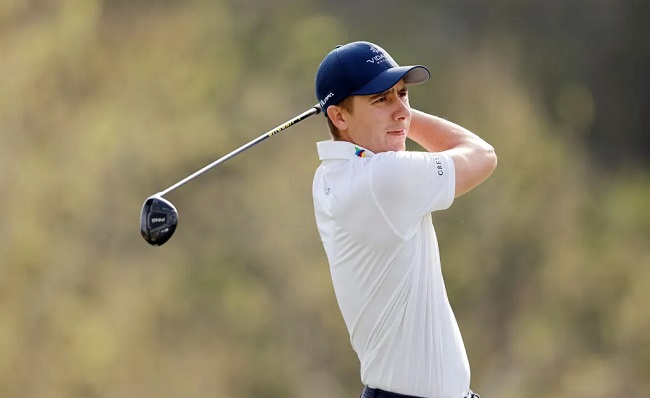 The Mexican golfer Carlos Ortiz (born April 24, 1991) has competed on the PGA Tour and the Web.com Tour.

He took home the trophy for the PGA Tour’s 2020 Vivint Houston Open. Guadalajara, Jalisco, Mexico is where Ortiz began life.

He attended the University of North Texas in the United States and played golf there. He participated in the bronze-medal winning squad at the 2011 Summer Universiade.

As a member of the Mexican national team, he competed in the 2010 and 2012 Eisenhower Trophies, both of which ended with Mexico finishing in second place.

His younger brother lvaro is a professional golfer who has won the 2019 Latin America Amateur Championship and competed for Mexico in the Eisenhower Trophy in 2014, 2016, and 2018.

Ortiz Played Gold at the University of North Texas

Ortiz, now 30 years old, attended and played golf for UNT and presently resides in Dallas. He finally broke through last year and won his first PGA Tour event at the Houston Open in the fall.

However, he is one of just three Mexicans to have won on Tour, and he is from Guadalajara. While staying in the Olympic Village in Tokyo.

He is one of the few players who has chosen to make the daily 75-minute trek from central Tokyo to Kasumigaseki Country Club. Ortiz has no problem with waiting a bit longer to get where he’s going.

Ortiz is in The Second Place

Many have speculated that the COVID-19 regulations will prevent the golfers from enjoying the “whole” Olympic experience in Rio. Not so, if you ask Carlos Ortiz of Mexico.

After rounds of 65 and 67 on Friday at Kasumigaseki Country Club, Ortiz was in second position, one shot back of Xander Schauffele.

Ortiz is staying at the Olympic Village in Tokyo, rather than a hotel that is more conveniently located to the golf field, which is a departure from the norm for golfers.

The 30-year-old PGA Tour champion has a longer commute than he was used to, but he’s coming to like it.

Ortiz’s time spent with Olympians from different sports has allowed him to take in more of the Games’ spirit. R

ogelio Romero, a Mexican light heavyweight fighter, is his roommate. Having conversations with him and other people has enriched my trip.

Ortiz related an experience he had this week. Romero regularly blasts music in his office, and he recently questioned Ortiz on the subject.