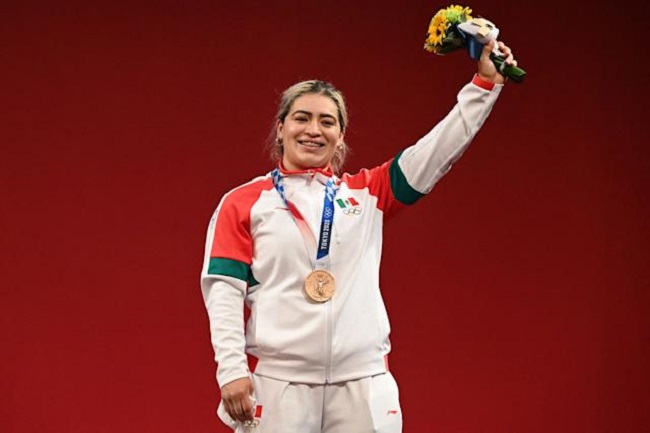 Born on May 23, 1993, Aremi Fuentes Zavala competes in weightlifting for Mexico.

She represents Mexico in international competitions and competes in the 69 and 76 kg categories.

She took part in international competitions, such as the World Weightlifting Championships in 2015.

At the 2021 Summer Olympics, Fuentes competed in the women’s 76-kilogram weight class.

Mexican weightlifter Aremi Fuentes Zavala. She represents Mexico at international competitions and competes in the 69 and 76 kg weight categories.

The weightlifter from Chiapas, who trains in Baja California, has complained that the government of Jaime Bonilla has not paid her the 50,000 pesos.

That they promised her for doing well in the Olympic competition.

Led by Jaime Bonilla, had given her a check for 50,000 pesos as compensation for her performance in Tokyo, but the bank denied the existence of the check.

We were rewarded with 50,000 pesos because of how well we performed at the Olympics. The official portrait and photo op have been completed, Fuentes Zavala said at the news conference.

The weightlifter claimed that the state of Baja California awarded her an additional 24,000 pesos.

But since that sum equals the total number of retroactively awarded scholarships, she is no longer eligible to receive the money. Thanks for reading our article Aremi Fuentes Zavala Olympic Games Tokyo 2020.