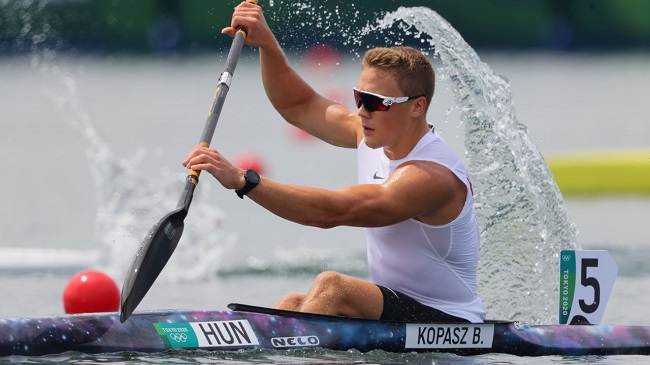 The Tokyo Summer Olympics will go down in history as the site where a young American made history.

Nevin Harrison, a 19-year-old from the United States, won a canoe sprint gold medal, making history as the first American woman to do so.

An American Makes Canoe Sprint History At The Tokyo Olympics

She also became only the third female teenager to win an Olympic canoe sprint race.

2019 world champion Harrison is hoping her achievement will spark greater interest in the sport in the United States.

New Zealand’s Lisa Carrington won her third kayak gold medal of these Games and fifth overall, stretching back to London in 2012.

United States sprint canoeist Nevin Harrison was born on June 2, 2002. Her performance in the women’s C-1 200-meter event at the Tokyo Olympics of 2020 earned her the event’s gold medal.

At the ripe old age of 12, she joined the Seattle Canoe and Kayak Club in Seattle, Washington, where she quickly became a proficient paddler.

As of the 2019 season, she has been training with coach Zsolt Szadovszki and the Lanier Canoe and Kayak Club Racing Team in Gainesville, Georgia.

After taking some time off after the Olympics in Tokyo, Olympic gold medalist Nevin Harrison returned to win the world sprint canoe championship for a second time.

Twenty-year-old Seattleite Harrison won the C-1 200-meter sprint at Lake Banook, Nova Scotia, by a significant.66 of a second over Spain’s Maria Corbera.

Since becoming the first American woman to win an Olympic canoe or kayak gold in Tokyo, Harrison said this was her first time competing internationally.

It was in 2019 that Harrison made history by becoming the first American to win a medal at the world championships in a sprint canoe event (Greg Barton won world titles in sprint kayak).

She did not take part in the World Championships, which were held in September (less than two months after the Olympics) last year.

After being sidelined from track and field in 2016 due to hip dysplasia, she decided to give canoeing a try. Thanks for reading our article An American Makes Canoe Sprint History At The Tokyo Olympics.